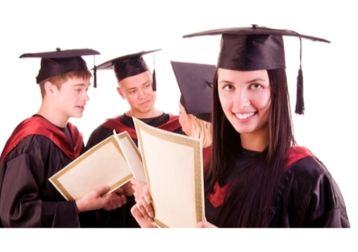 Canadians place great importance on learning, and have developed a first-rate education system with high standards. The country spends more on education compared to the OECD average, and is the second highest among G-8 countries. The Canadian education system encompasses both publicly-funded and private schools, from kindergarten through to university. Education institutions are not officially ranked in Canada, as all Canadian institutions offer high quality programs. For higher education, several students choose Canada as there are multiple options open for them. For abroad study, Canada is one of the most potential countries. This country enrolls students from different countries, backgrounds, race and culture and the admission is done entirely on the basis of performance and merit. It has been counted that about 130000 students from all over the country every year come to Canada to enroll themselves in different higher education institutes. Diversity in education is the chief feature of the education system of Canada. Study in Canada will be real fun.

Scope
Canada offers a high quality, affordable education which is recognized world-wide. It provides a safe, healthy, secure, multicultural and welcoming environment for international students with all Universities and Colleges offering excellent academic programs and teaching. There are also advisors and services available to help to students come to study in Canada every year. Avail different scholarships while you are pursing higher education in Canada. The most well-known include Merit-Based and Institution-Based scholarships. Academic scholarships, scholarships for overseas or Athletic scholarships and foreign students are only given in Canada. You can categorize the scholarships in Canada in Automatic Consideration scholarships and Need to apply scholarships.

Most of the universities and colleges in Canada are world class institutions and are cheaper than other countries universities and colleges. The commonwealth scholarship is one source funding for Canadian universities at the post graduate level, but is restricted to a very limited number of students of exceedingly high intellectual promise who live in commonwealth countries. The Canada Student Grants Program and Canada student loans program help by providing student financial aid in the form of loans and grants to Canadians attending post-secondary education in most provinces and territories.

There are several universities that impart world class education and study programs to its students. The list of Canadian Universities, which are highly popular among the students are given below: